Wicker Park Green Music Fest is a summer festival organized in Wicker Park in Chicago with the honourable mission to increase awareness of our environmental impact. The festival has been running for several years since the start. Normally the festival is hosted in June but dates have differed a bit during the years.

The focus is on achieving a sustainable lifestyle which has been the main theme of the festival during the years. This means the regular eco questions about waste footprint, recycling, water and energy consumption and much more.

As a visitor that have been there every year I must say that the festival hosts have achieved a great setting together with the progressive Bucktown community and artists. Combining live music with social activism feels like a perfect match and have had great impact in other social reform journeys. 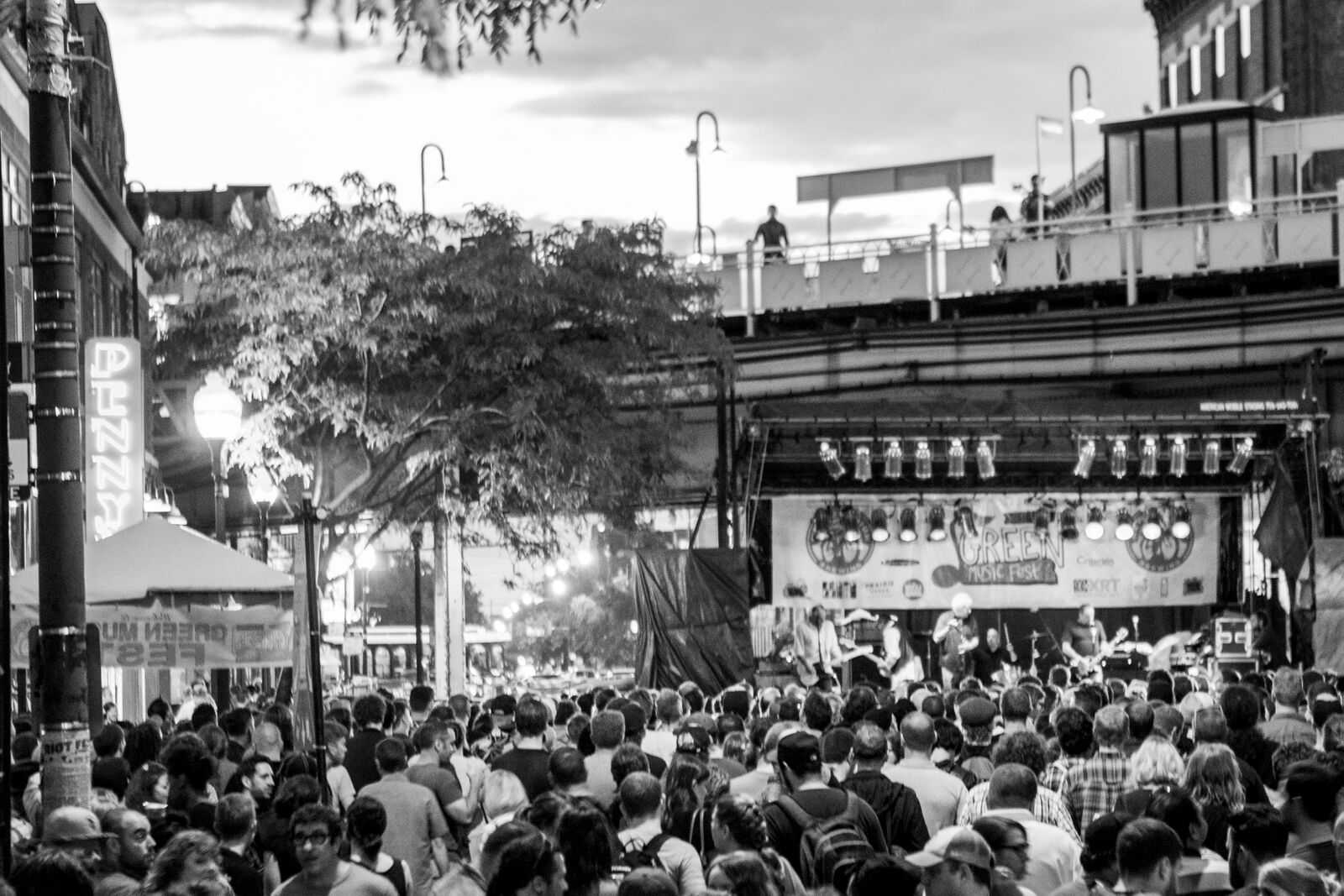 Here are some photos and videos from the Wicker Park Green Music Festival during the years. Credits go to the photographers that have captured these moments. We also want to thank the artists who have filled up the slots during all events and the visitors that made these moments so play ful and magical!

Some videos of the events

Live Music during the years 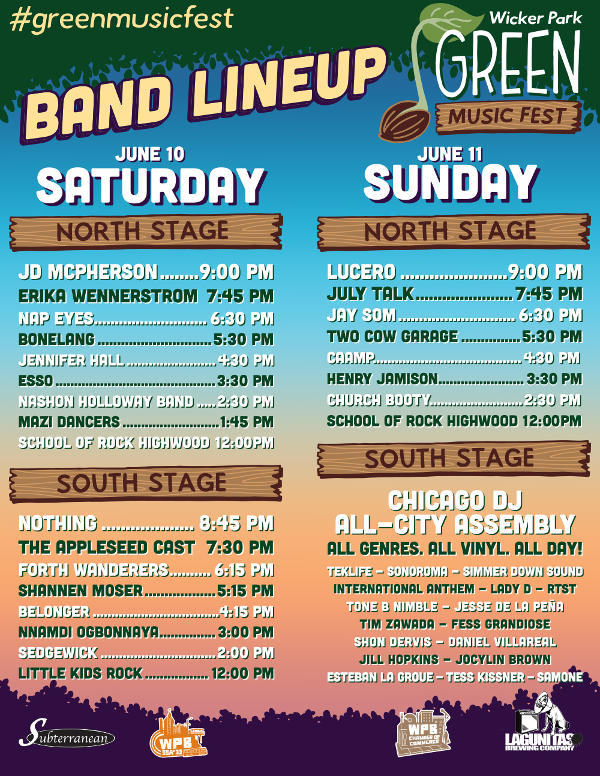 The 2017 artist lineup of Green Music Festival was not less than expected with great rock headliners like JD McPherson, July Talk, Lucero and Nothing! Together with the less known artist they created a moment to remember for all the visitors.

JD McPherson from Oklahoma with a great arsenal of tracks with jackpot hits like Lucky Penny (2017) & Let the Good Times Roll (2015) as well as the great but less famous tracks like Fire Bug (2011) and Wolf Teeth (2011) may have been the biggest names of the headliners in 2017. With his vintage-sounding rock heavily inspired from the 40s R&B, blues and the 50's Rock N Roll he made a big contribution to the GMF 2017, helping to create a magical musical moment on the North stage.

After the saturday headliner JD McPherson it really felt like a bonus to have Lucero fill up the sunday 9 PM slot. With over 19 years together and nine studio albums, Lucero entered the stage with full passion and played a musical set composited from a wide variety of their hit tracks like Night Like These, My Best Girl, Drink 'Till We're Gone.

Within a second, their slow-rocking sound paints a clear picture in your head. Its easy to imagine a really smoky bar in Memphis, smelling of whiskey. A troubled, pensive man trying to hit the jackpot on a slot machine close to the counter and a couple of shady men at a table in the corner, playing poker, dice or some kind of gambling. Maybe playing the Guns N Roses slot or Thunderstruck 2 slot? It's actually fun that there are so many online slots produced with the rock theme. Both famous bands and tracks have been featured in different games. 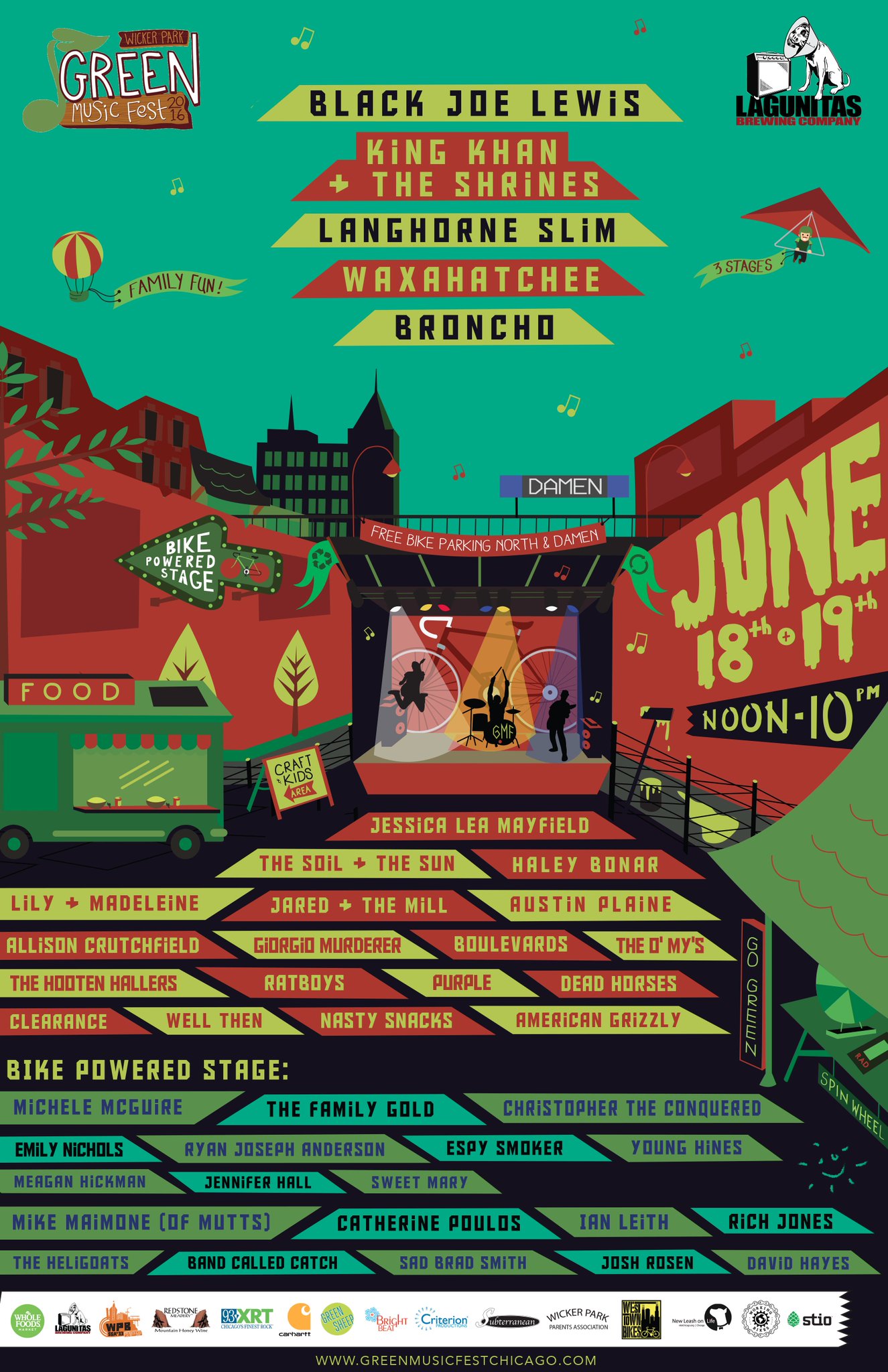 With his unique indie/country sound Langhorne Slim made a big impact for the Green Music Festival 2016 edition. Fitting perfectly into the festivals agenda of social activism in terms of appreciating the green and taking better care our environment the tracks like Diamonds and Gold (2008), She played Piano(2008), Spinning Compass (2008), Back to the Wild (2009), Land of Dreams (2009), Wild Soul (2012), Fire (2012), Money Road Shuffle (2017).

In 2016, Green Music Festival was blessed to book the pop-punk band, Broncho from Oklahoma formed in 2010. Mostly known for their super hit Class Historian (2014). Although none of their other tracks have become as played as Class Historian they have several other good tracks. Losers (2013), Insert Coin (2013) and Taj Mahal (2014) are some of them! 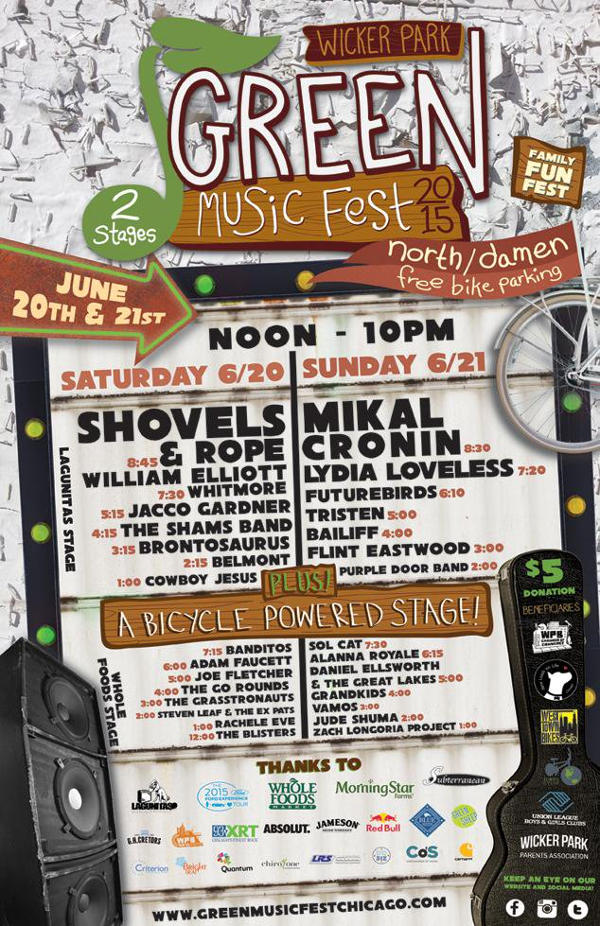 The indie folk duo from Charleston, South Carolina was one of the headliners for 2015. The married couple Michael Trent & Cary Ann Hearst joined the stage with several good tracks in their arsenal. The most famous ones are Birmingham (2012), O' Be Joyful (2012) and Unknown Legend (2015) but tracks like Fish Assasin (2014) and Carnival (2012) should also be considered a big bonus to their repertoire.

In the 2015 edition of Green Music Festival the stage where blessed with Mikal Cronins blatant pop sound. Most famous for his track Weight, released in 2013. However, with 4 albums released since 2009 there several songs to mention. Both Green and Blue (2011) and ii) Gold released in 2015 are really unique, great tracks! 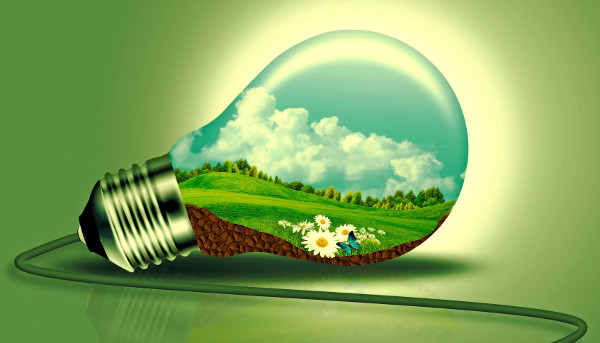 During the years the hosts behind Green Music Festival have worked together with Bright Beat to improve its green initiatives. Focus have been on better policies and improved efforts to demonstrate an increased commitment to the environment. The main philosophy has been that the festival should lead by example and in a playful way, advance best practices to a more eco-friendlier position.

Summarized below is a list of policies, goals and initiatives during the years:

Green Music Festival have been committed to have as small environment footprint as possible which means that they’ve been trying to minimize the amount of waste sent to the waste stations.

This have been achieved by gathering waste in three different groups:

Eco stations have been built and staffed with eco educators who have helped visitors to learn about recycling, how to sort different items and maintain proper sorting together with the maintenance crew.

All food and drink Gallery at Green Music Festival have during the years adhered to the following policies:

Green Music Festival have been seeking partnership with Gallery and artisans with eco-friendly strategies that have the same commitment to sustainability. This includes: 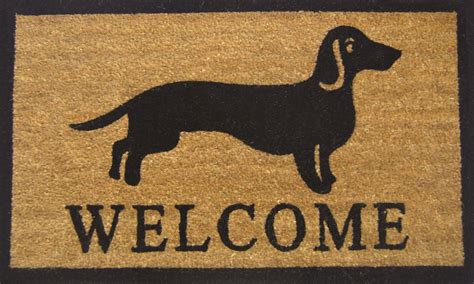 Green Music Festival have always been great at including the whole family and not just the adults. For several years they have had a Pet area where people can bring their pets to take a bath or get cleaned and taken care of. 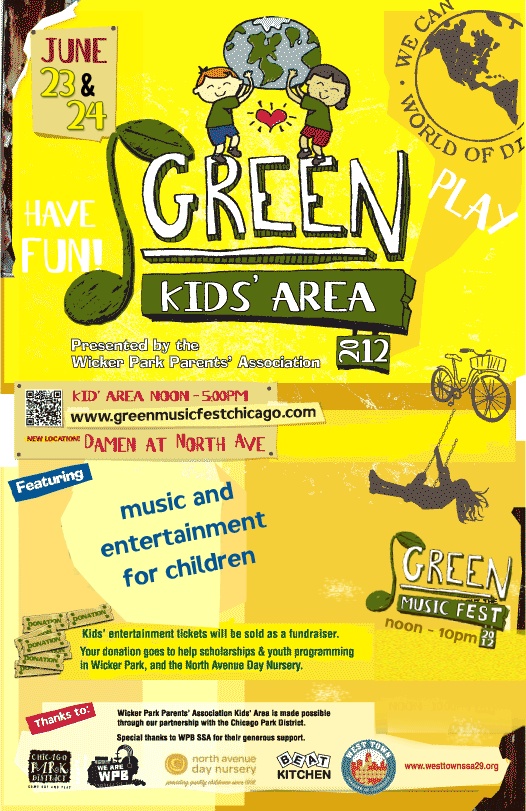 GFM has been a safe bet for the entire family!

Kids have also always been welcome to the Wicker Park / Bucktown Green Music Fest in Chicago to come out and play, dance, listen to music and learn about the environment. The festival crew have worked close with Wicker Park Parents' Association to build a fun setting full with suprises and bonuses.

These days when a lot of kids are spending most of their time in front of computers, playing computer/video games and competing in eSports like Counter-Strike, aka CS:GO, Fortnite and Dota it is crucial to show the kids that their are fun times outside of the house as well. A festival going on the day with child-friendly activities and learning opportunities are a great way to do that. If we at the same time can get our youths to learn about the environment and get their interest sparked for recycling, composting and bicycling its a great synergy. 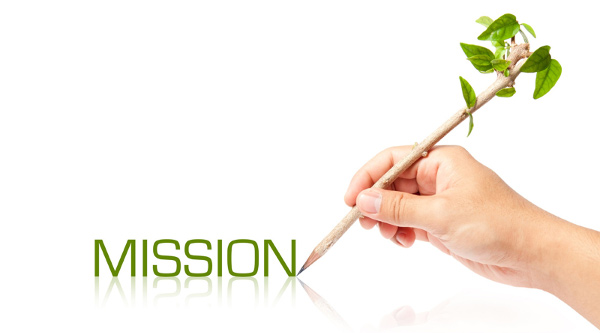 Wicker Park’s Green Music Festival have been focusing on raising the awareness of our environmental impact. This means educating and encouraging people to be more interested and devoted to green issues and help to create a good setting for both innovative eco-friendly products and also a lifestyle that is friendlier to our community and our world.

"The bike powered stage pushes us to think about what more we could power with our legs, our bodies, and our minds. We're humbly reminded that if recycling and composting can be done at a street fest, it can easily be done at our workplace and within our homes."


"Green Music Fest stands apart from other music festivals because of their attention to sustainability. GMF has taken green efforts to the next level with the bike powered stage and areas for recycling and compost. I am really excited to be a part of GMF because I think environmental consciousness is important to instill in the general population, and GMF is taking large leaps to do this!"


""Green Music Fest is writing the playbook for running an event responsibly—They truly recycle and compost food scraps, and fans learn how to take eco-practices home with them and help power the stage on bikes! Everyone benefits from Green Music Fest's respect for the environment. Plus, the music is always awesome."

Sponsors during the years 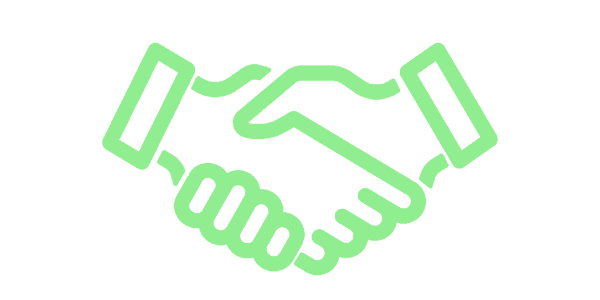 There have been several event sponsors during the years. Some of them are from within the community and other are more global names. A big thanks to all these wonderful companies that have helped Green Music Festival during the years!

Withouth them it probably would not have been possible to organize the festival, educating people about the environment, creating this magical festival setting that have existed throughout all the events and bringing these talented artists to the stages.

Thanks to the sponsors!